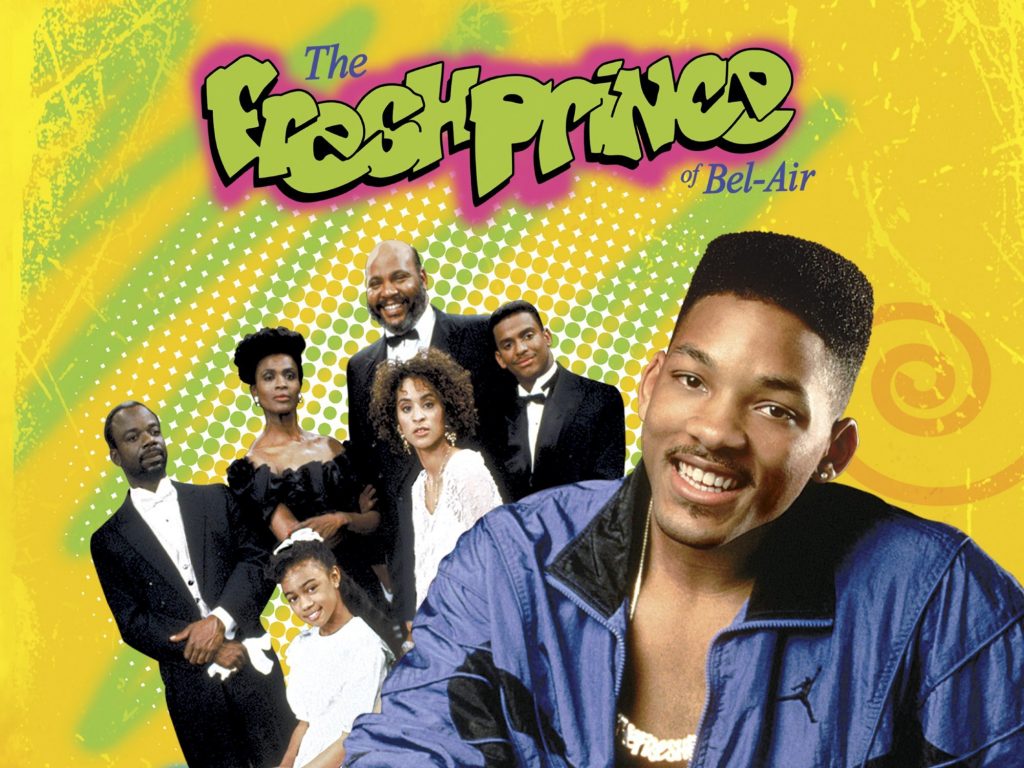 The Fresh Prince of Bel Air is a comedic television show about a teenage Will Smith who grew up in Philadelphia before moving to the rich neighborhood of Bel Air. Will moves to his Uncle Philip and Aunt Vivian Bank’s house, in Bel Air, to get away from the trouble surrounding his hometown. As you can guess, the transformation from this poor neighborhood to the upper class Bel Air is substantial for young Will. The show depicts the Banks family, who are an extremely wealthy African-American family. This show was made in the 1990’s and set a different stage for television as not many black families up until this point were portrayed as wealthy like the Banks. Although they are wealthy Vivian and Philip are extremely humble as they work hard for their money. The kids on the other hand, including Will, feel entitled at times but Phil imposes his family values upon them. The family values are continuous throughout the show and life lessons about hard work, including the importance of helping each other is expressed. He explains that himself and Vivian worked hard to get where they are and the children must do the same because wealth and having an easy life will not be handed to them by the world or by them.